No matter what, Daniel was a faithful messenger of God to his powerful captors.

No wise man, enchanter, magician or diviner can explain to the king the mystery he has asked about, but there is a God in heaven who reveals mysteries. He has shown King Nebuchadnezzar what will happen in days to come.
Daniel 2:27-28

Level
Level 49
Strategy
Find out more about him by reading the book of Daniel.

Level
Level 49
Strategy
Find out more about him by reading the book of Daniel.
Story
Part 1 of 8

The Story of Daniel - Deported

Daniel's life was turned upside down at the age of seventeen. Raised as a member of the Jewish nobility, the Hebrew teenager was captured and forcibly taken from his conquered city, Jerusalem, to the country of Babylon where King Nebuchadnezzar ruled.

Soon after his arrival, Daniel, three of his friends and a group of other young members of the Jewish royal family and nobility, found themselves being trained in the ways of the palace. This training was designed to last three years and would qualify graduates to serve in King Nebuchadnezzar's palace.

The training started dramatically as Daniel and his friends refused to eat the king's food and wine provided for the palace trainees. Raised as strict Jews, the four were unwilling to defile themselves with rich, unclean food that had been sacrificed to idols.

Daniel requested he and his friends be exempted from eating this food, asking instead for a very plain diet of vegetables and water. Their request was resisted, because the official in charge of their care feared for his own life if he were to allow them to deviate from the palace diet. Daniel persisted and asked that they be permitted to eat a simple diet for a ten-day trial period. The health of Daniel and his friends could then be compared with the other trainees eating rich food and wine.

After ten days Daniel and his friends stood head and shoulders above the rest of the trainees and so were allowed to continue with their plain diet for the remainder of the training.

At the end of three years’ instruction, King Nebuchadnezzar himself tested each of the trainees and found Daniel and his three friends were ten times more knowledgeable than their peers.

There wasn't much time to bask in this victory. Soon afterwards King Nebuchadnezzar had a nightmare that disturbed him greatly. The Babylonian ruler could not remember the details of his dream, so he summoned his wise men demanding that they tell him what he had dreamed and the meaning.

The wise men infuriated the king because they were unable to tell him the dream. The unpredictable king ordered all the wise men to be executed. Unfortunately for Daniel and his friends, they were newly minted wise men.

Daniel went to the enraged king and told him God could reveal his dream. That is precisely what happened. God did indeed reveal both the dream and its interpretation to Daniel. The young Hebrew told King Nebuchadnezzar he had dreamed of a large statue. The different parts of the statue symbolized future kingdoms that would rule at different periods of earth’s history.

Daniel explained the statue's head of gold stood for Nebuchadnezzar’s kingdom. (Neo-Babylon ruled the world from 612 to 539 BC). According to the Hebrew, the statue's chest and arms of silver represented Medo-Persia. (This was to become the next dominant world power from 539 to 331 BC).

The belly and thighs of brass stood for another great power, Greece, which was to rule from 331 to 168 BC. Then the statue's iron legs were described as symbolizing Rome, the empire that conquered the Greeks in 168 BC and dominated world affairs with an iron will until its fall in 476 AD.

The statue also had feet made of iron and clay (representing the divided kingdoms of Europe that have never achieved unity.) At the end of the dream a rock, symbolizing God's everlasting kingdom, destroyed the statue and proceeded to endure forever.

Thanks to Daniel's success at explaining to King Nebuchadnezzar his dream and its meaning, all the wise men were spared. Daniel made a deep impression on the Babylonian ruler who promoted him to the position of governor of the entire province of Babylon.

From King to Beast

Later in his reign, King Nebuchadnezzar had another dream, which he again asked Daniel to interpret. The dream was of a huge tree that, despite its magnificent appearance, was cut down leaving just its stump.

Daniel had to reluctantly reveal that the tree represented the king and how he would be cut down and reduced to living with wild animals. Daniel then told the king that he would remain in this state until he was prepared to acknowledge there is no one greater than God.

King Nebuchadnezzar's seven-year bout of insanity began when the king credited himself with Babylon's success, despite Daniel's warning. The Babylonian monarch lived for seven years with wild animals, having been struck with a severe psychosis for the entire period. His hair grew as long as eagle feathers and his finger and toenails resembled talons.

The king's wilderness living ended when he acknowledged God was superior to any king and was able to "bring low those who walk in pride."

Writing On The Wall

Daniel's public service in Babylon spanned the reigns of successive rulers including King Nebuchadnezzar's grandson, Belshazzar. There was a momentous occasion when King Belshazzar held a lavish party for a thousand members of the Babylonian elite. No expense was spared. Gold and silver dishes, originally looted from Jerusalem's former temple, were used to serve refreshments. During the feast a mysterious hand appeared and a finger wrote on the palace wall.

Terrified, the monarch immediately agreed to the Queen-mother's suggestion and summoned the statesman Daniel to interpret the meaning of this handwriting. Daniel told the king he had failed to embrace the lesson of humility that Nebuchadnezzar had learned. He told Belshazzar that he had defiled sacred temple vessels and worshipped worthless, inanimate objects instead of the true God.

Daniel then interpreted the Hebrew words Mene, Mene, Tekel, Parsin. He said Mene meant God had numbered the days of Belshazzar's kingdom and was bringing it to an end. Tekel meant the monarch had not proved himself to be a worthy or humble ruler. Finally Peres (the singular form of Parsin) meant Babylon would fall and be divided between the Medes and Persians.

Not long after Daniel delivered this tough message, Darius the Mede invaded Babylon and Belshazzar was killed that same night.

Daniel continued to court kingly favor under the reign of King Darius. His high status and the universal respect for the Hebrew aroused the envy of other officials. They hatched a plan to remove Daniel, convincing Darius to enact a law stating that nobody could pray to anyone but the king himself.

Anyone who didn’t obey the law would be thrown to the lions and devoured. This proved to be a problem for Daniel who was known in Babylon for publicly praying to God three times a day. Nonetheless, Daniel kept true to his faith and continued with his prayer habit. He was arrested and tried, much to the dismay of King Darius who realized too late the devious scheming of his officials.

Before Daniel was thrown into the lions’ den, the king prayed for Daniel’s God to protect his valued politician and adviser. After a sleepless night, the king rushed to the lions’ den anxious to see if Daniel had survived.

Miraculously, Daniel had been spared and told the king that God had shut the lions' mouths. King Darius was overjoyed to discover Daniel had survived this dreadful ordeal and immediately had him removed from the pit. He ordered Daniel's accusers be thrown into the lions’ den, where they were promptly devoured. The king then issued a decree to every nation in the known world declaring that Daniel’s God be respected.

By the end of his life, Daniel had faithfully served the rulers and people of his time. Perhaps his greatest contribution was the insight he provided into events of the future. He did this by interpreting messages from God to others as well as relaying visions and dreams God personally gave to this Bible hero.

Find out more about Daniel by reading the book of Daniel in the Bible.
Links 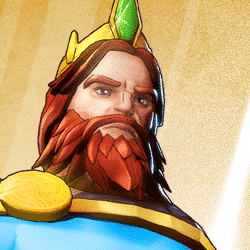 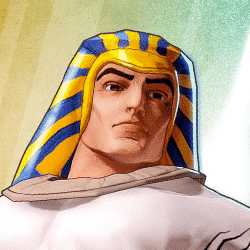 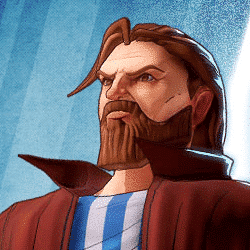 Unlike their glory days under King David, God's people had been defeated at the start of Daniel's story. But God was equally faithful to both men.

Daniel and Joseph were both examples of godly living, even when far away from home. God blessed them, allowing these heroes to witness for Him to the rich and powerful.

God revealed the future through the prophet Daniel just as He did through the apostle John.