In the closing hours of 2021, Hope Channel reached a new milestone when Heroes: The Bible Trivia Game exceeded 100,000 downloads globally.

“We certainly hoped it would be downloaded and played many times, but you never know with games,” explains associate director of communication for the global Adventist Church, Sam Neves. “To have finished the year of launch with a community of over 100,000 players is amazing.”

Officially released as “Heroes 2” on March 26, eight years after its pioneer game was released in 2013, the new game has since changed its name to “Heroes”, because according to Neves, “there are more versions coming” and new updates are continually being released.

According to Heroes project manager Jefferson Nascimento, the 100,000 downloads milestone was achieved in only nine months without any paid advertising. “Of course, the numbers are good and motivate us to work harder, but our main goal is to give people a tool that motivates them to study the Bible more.”

While fundamentally a Bible trivia game, a major focus of the Heroes initiative is to encourage users to engage with scripture in a deeper way through Bible studies.

According to Neves, the original objective of the game was to connect young men with the biblical narrative, and then based on that narrative expose them to the Bible’s big questions.

“That’s the name of the Bible studies actually, ‘The Big Questions’,” he explains. “We all know the story of Joseph and his brothers, but the big question in that narrative is, ‘How can we forgive our loved ones that do things against us?’ You start by playing the game, interacting with the stories, and that leads you to ask the big questions and get to know the greatest hero of them all—Jesus. And that’s when the questions get really deep.”

Practically, the Heroes team used SEO software to determine the most searched Bible-related questions on the internet. “We put them together in a course,” explains Nascimento. “The studies ask questions such as, ‘What happens when you die?’, ‘How to deal with anxiety, and ‘If God is good, why do we suffer?’”

Users can access and consume the Bible studies via multiple different pathways. Firstly, through online, self-directed study via the Heroes app or website. It can also be found through Hope Channel’s Bible study platform hope.study, which has lots of user-friendly resources. Secondly, by joining study or prayer groups—usually directed by a pastor or youth leader. And thirdly, in partnership with Hope Channel Brazil (Novo Tempo), which are using artificial intelligence (AI) to interact with users and send them studies.

“The AI is called ‘Esperança’ (‘Hope’ in English). She interacts via WhatsApp with Spanish and Portuguese speakers and sends them links to Bible studies,” explains Nascimento. “Using this system, William Timm in Brazil told us that the response to the Bible studies is almost 90 per cent. And 90 per cent of all the people that start studying via Esperança finish all their studies.”

Of more than 100,000 current downloads of the app, approximately 40 per cent (43,087) of these are from Brazil, followed by the United States (11,409), Philippines, Mexico and Colombia. Dozens of testimonies from users have been collected by the Heroes team, including the following:

Ana Batista, mother to Anabel (14 years old) is a teen leader in the Church of Christ Emmanuel in Paula Afonso (a non-Adventist church). She sent this message:

“Congratulations on the excellent initiative! So relevant in these strange times of staying at home and social isolation. I intend to gather our teens in person to install the game on our smartphones and start this journey, studying the Word in a playful way and in their language! Unfortunately, here in the Northeast, the digital inclusion is still very deficient, and some do not have a cell phone, others do not have a stable internet signal, but God can do all things!” [Translated from original].

During the Bible Heroes Championship, there was a 14-year-old boy from the UK who almost made it to the finals. When asked by Neves which church he attended, he said he didn’t go to any church, but he knew enough of the stories to play quite well. Later, he messaged on Heroes Instagram account saying that he started reading the Bible in order to answer better the questions and get a higher score. He then asked how he could love his enemies as King David did, reasoning that when David had the chance to kill Saul, he didn’t. He also said he was open to having someone answer his Bible questions.

Adriano Luz is a television director at Novo Tempo and responsible for their web department. His son has dyslexia and doesn’t enjoy reading, but loves the Heroes game. He asked to play on his fathers’ phone and kept reading the stories of each hero to be able to play the game. He was baptised in September, 2021.

Brunna is a 30-year-old Pathfinder leader who lives in Manaus, Amazonas. She played the first Heroes game as a teenager, but also enjoys the new game. “I like Heroes because it doesn’t claim to be a purely competitive game. I enjoy the gameplay and the fact that every time I learn something,” she says.

Before its release, Brunna shared the app on her personal social media accounts so that her followers would know about the game. “I watch the IGTV videos whenever I can, respond and interact on the Heroes Instagram account because I believe in this evangelistic approach geared toward new generations,” she says.

The expansion of the Heroes app into non-Adventist contexts (like those shared above) is thanks to people like Brunna who become Heroes ambassadors to their community, but also thanks to in-app features that encourage users to invite their friends.

“We have a feature that allows a player to challenge another player to play the exact same 12 questions and compete who does in a better time,” explains Nascimento. “You could challenge your Christian friend from a different denomination—after all, the game is about the stories from the Bible. I think it could be a good way to start a conversation out of our comfort zones.”

Additionally, youth leaders and Pathfinders from multiple Adventist churches globally have hosted trivia competitions using the Heroes app, and also engaged with the Bible study course the accompanies the app.

Currently, there are more than 15 freelancers working on Heroes, including team leaders, developers, designers, SEO and web specialists, social media and content creators, and a translator coordinator.

When first released, Heroes was available in four languages—English, Portuguese, Spanish and French—but has since expanded to include Thai, Malay, Korean, Romanian and Swahili, with Chinese and Hindi soon to be added.

In addition to the existing 20 Bible studies, the team are planning to release 20 new Bible studies in the first quarter of 2022, including lessons focused on the three angels’ messages. These are available in four languages.

Speaking about the 100,000 downloads milestone, Nascimento says, “I have to say a huge thanks to everyone that helped us to achieve this. “To our team members, the users that invited others to download the app, to the many Christian influencers that shared on their social media accounts, and above all, to God for His guidance.”

This article was originally published on the Adventist News Network site.

What Makes A Hero: 3 Things You Should Know 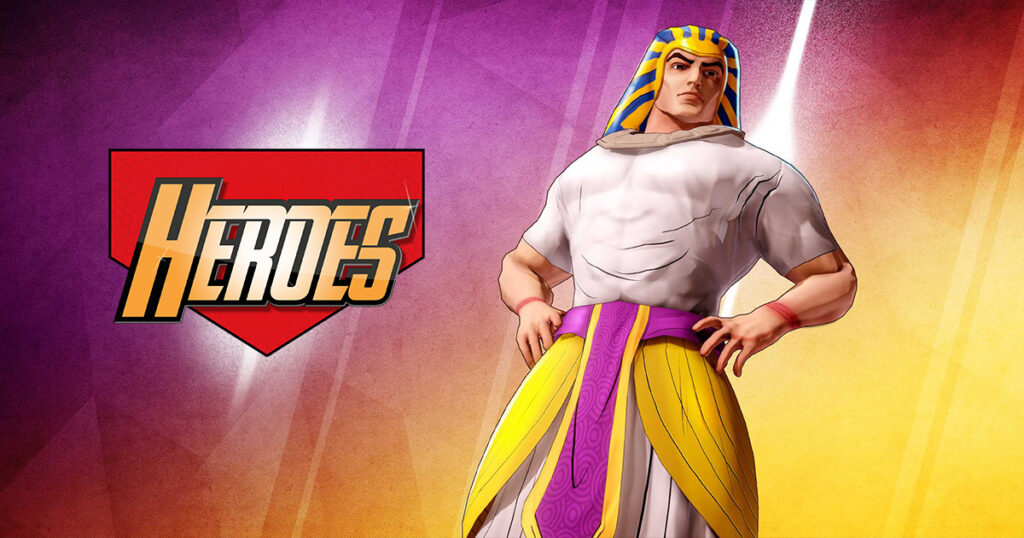 9 Secrets to Overcoming Temptation Based on Joseph’s Story