Who Created Adam and Eve and Where Did They Live?

In this article, we will find answers to the following questions:

But first, let’s get to know a bit about Adam and Eve.

Who Were Adam and Eve in the First Place?

Adam and Eve were the first humans who have ever lived on earth (Genesis 1–2). Being the first married couple, they are our forerunners or “first parents” (Creation Ministries International; Encyclopaedia Britannica; Ellen White, The Adventist Home 25.1).

Now, let’s look into the history of their names.

On the other hand, the name Eve comes from the Hebrew Chawwah, interpreted as “ancestress,” “mother,” “the living one,” or “the one who gives birth.”

She, however, got this name after the Fall since Adam first named her ‘ishshah, meaning “woman,” Siegfried Horn adds.

As you can see here, the name Adam denotes a masculine gender while Eve, the feminine one.

Who Created Adam and Eve?

The answer from the Bible

Based on this, it is obviously God Who created Adam and Eve. But why “Us”? Is there more than one God?

Well, there is one God. But it is a family comprising three members—God the Father, God the Son, and God the Holy Spirit. We refer to them altogether as the Godhead or Trinity (Christianity; Siegfried Horn, The Seventh-day Adventist Bible Dictionary 1979, 426).

One of the biblical instances where they were all mentioned was when Jesus commisioned His disciples to preach the gospel.

He said, “Therefore go and make disciples of all nations, baptizing them in the name of the Father and of the Son and of the Holy Spirit” (Matthew 28:19, NIV).

Why did God create them?

God created Adam and Eve “so that they may rule over the fish in the sea and the birds in the sky, over the livestock and all the wild animals, and over all the creatures that move along the ground” (Genesis 1:26, NIV).

So, basically, they were caretakers or stewards of everything that God created.

Continuing in verse 28 (NIV), God instructed them to “be fruitful and increase in number; fill the earth and subdue it.”

Simply put, they were to procreate and dominate the earth with living beings of their own kind. And you’re right—this is the reason why mankind exists in this world.

How did He create them?

Going back in Genesis 1:26 (NIV), we read, “Let Us make mankind in Our image, in Our likeness,” which implies that Adam and Eve’s nature was patterned according to that of God. And so is ours.

He “formed a man from the dust of the ground and breathed into his nostrils the breath of life, and the man became a living being” (Genesis 2:7, NIV). And He named him Adam (verse 20).

But God realized it was not good for Adam to be alone. So, He decided to “make a helper suitable for him” (verse 18, NIV).

So, one day, while Adam was in a deep sleep, God took one of his ribs and “closed up the place with flesh.” Then, out of that rib, He “made a woman” and “brought her to the man” (verse 21, NIV).

As you can see, God created Adam and Eve as fully-grown adults. Meaning to say, they didn’t go through biological conception—being born of a woman and living as infants.

Since Adam and Eve weren’t born of a woman, they surely didn’t have umbilical cords and navels. Makes sense, right?

But, for sure, being created in God’s image (Genesis 1:26), they had a body structure like all humans beings, who descended from them, have—a head, face, body, and a pair of arms, hands, legs, and feet.

Where Did Adam and Eve Live?

The answer from the Bible

When God created Adam, He “planted a garden in the east, in Eden” (Genesis 2:8, NIV). It was in this garden Adam and Eve lived.

And it was not just any garden. It was a beautiful one for “God is a lover of the beautiful” (Ellen White, Adventist Home 27.1).

This garden is more commonly known as the Garden of Eden.

What does the name Eden mean?

Eden is derived from the Akkadian word edinu, borrowed from the Sumerian eden, which means “plain” or “flatland” (Encyclopaedia Britannica).

Based on these definitions, we can picture Eden as a land where everything was perfect and where God’s presence could be felt.

Where was it located?

As described in Genesis 2:10-14, there was a river watering Garden of Eden. From there, it separated into four headwaters.

Based on modern interpretations of this biblical description, such as in the online source History of Yesterday, Eden is said to be located at the head of the Persian Gulf in southern Mesopotamia (now Iraq) where the Tigris and Euphrates rivers run into the sea.

Some scholars also suggest it is situated at the Armenian Highlands or Armenian Plateau. It can also possibly be in Iran and in the vicinity of Tabriz, as per British archaeologist David Rohl. It can even be in Jerusalem, according to some religious groups.

So, does this mean that Eden still exists?

Does it still exist today?

The Garden of Eden “remained upon the earth” long after Adam and Eve were banished. And their descendants “were long permitted to gaze upon the home of innocence, their entrance barred only by the watching angels” (Ellen White, Heaven 77.1).

Unfortunately, when the world became so wicked that God needed to destroy it with a flood in Noah’s time, “the hand that had planted Eden withdrew it from the earth,” Ellen White added.

From then on, the influence of sin “was felt in the Garden of Eden, as in any other place on earth” (History of Yesterday).

And since “major geographical changes took place between Adam and Moses,” the location of Gihon and Pishon rivers, which should supposedly hint at where Eden is situated today, can neither be identified.

So, it’s fair enough to say that Eden might not be existing anymore, at least based on how far archaeology can uncover.

But there’s definitely a hope for it in the future as Revelation 21:1 says, which Ellen White supports: “In the final restitution, when there shall be ‘a new heaven and a new earth,’ [Eden] is to be restored more gloriously adorned than at the beginning” (Ellen White, Heaven 77.1).

We Want to Hear From You

Did you enjoy reading this article? What have you learned? Share your thoughts in the comments below.

In our next blog about Adam and Eve, we will talk about their life in the Garden of Eden and what brought about their fall. See you there!

To learn more about Adam and Eve, subscribe to Heroes: The Bible Trivia Game, read their story on our hero page, catch them in our Bible study course, and download our game on Google Play and App Store. 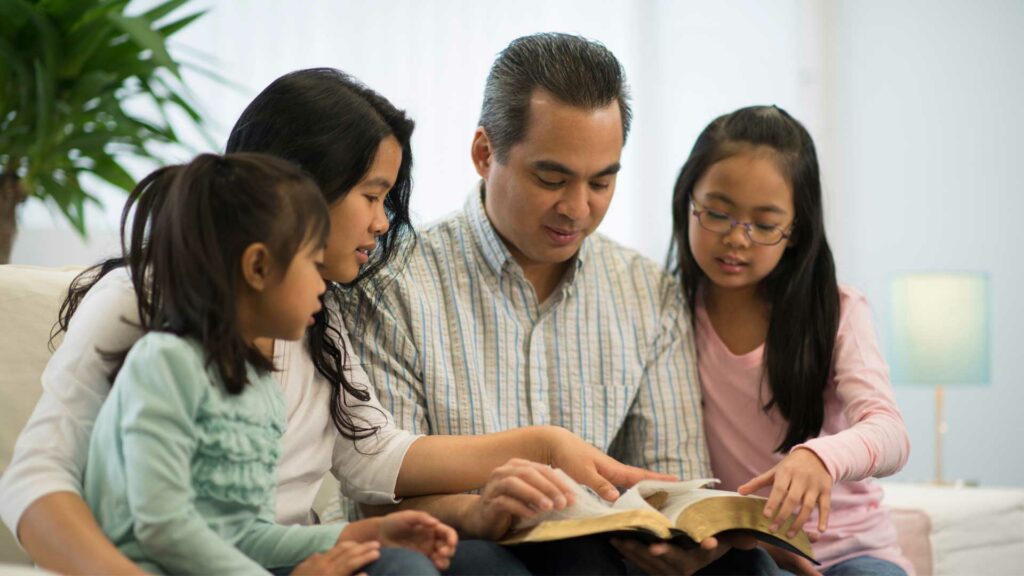 17 Health and Spiritual Benefits of Bible Study With Games

Jesus the Superhero: 7 Reasons Why He Deserved That Title