People thought he was crazy but the boat he built saved the human race.

Noah was a righteous man, blameless among the people of his time, and he walked faithfully with God.
Genesis 6:9

Level
Level 7
Strategy
Find out more about him by reading Genesis 6-9 in the Bible.

Level
Level 7
Strategy
Find out more about him by reading Genesis 6-9 in the Bible.
Story
Part 1 of 8

The Life Of Noah - Evil Times

Noah's generation was bad news. Ten generations had passed since Adam and the population seemed to have forgotten all about God. Society was utterly corrupt and violence was everywhere. Things were so bad, God decided to destroy the earth with a flood.

It's a mistake to think the people living in Noah's day were primitive. They were close to the perfection of the first humans, Adam and Eve. They had unlimited potential and were very advanced but, unfortunately, they used their abilities in all the wrong ways.

Noah's peers were self-absorbed and obsessed with pleasure. They had lost all sense of from where their abilities were derived. Do you see any parallels with society today?

In sending the flood, God was not displaying petulance or acting in a rash manner. God loves humanity but He cannot tolerate sin. The world was still relatively young, but it needed to be purified.

Although it was time to reboot planet earth, there was still a small group of people who remained faithful to God. Noah was a good man who followed God. According to the Bible, he lived "blamelessly."

Noah and his family were chosen to warn the people on earth of the impending flood. God instructed Noah to build a large boat called an ark to in which to save themselves and animals of every species. This was an act of God’s mercy and recognition that there were still some who sincerely followed God's leading, no matter what the cultural pressures were.

True to form, Noah accepted the call. He decided to follow God, no matter how strange or intimidating the request.

Building the ark took tremendous faith. For starters, it was to be an enormous construction, five hundred and ten feet long by fifty feet high, built entirely of gopher wood, a type of cypress that does not rot easily.

This means the ark was the length of one and a half football pitches and the height of a four-storey building. The ark had amazing storage capacity. It could hold the equivalent of four hundred and fifty large trucks. Some have estimated that the ark could have held the equivalent of at least one hundred and twenty thousand sheep.

Noah and his family, along with hired help, painstakingly built the ark despite a mountain of abuse and criticism. It would take them more than a hundred years of labor using only the primitive tools of the day. It was a job requiring enormous vision and trust.

Noah's contemporaries were less than impressed with his flood warnings. To them, he was a lunatic preacher working on an insane construction project. He preached for one hundred and twenty years but Noah’s sincere warnings fell on deaf ears.

No one chose to correct his or her course and turn to God, despite Noah’s pleading that doing so would save their lives. Even worse, the people mocked Noah, mercilessly ridiculing the old man who was building a giant boat on dry land.

People continued their lives as usual – eating, drinking and getting married. They simply saw no reason to believe the good times would ever come to an end. What Noah preached sounded ridiculous to them. There were no precedents of worldwide floods and the mere suggestion of one sounded crazy.

People ignored Noah but, as the time of the predicted flood approached, animals of every species on earth began to enter the ark. Still the masses were unswayed. They were going nowhere. This was herd mentality at its worst.

Noah was six hundred years old when the promised flood finally came. As the door of the ark swung shut, it was too late. The mocking laughter still rang out but when the rain began to fall heavily, the people became horrified. The door was shut but they would pay the ultimate price.

The rain poured and the floodwaters rose and filled the earth. There was lift off and the ark was afloat. Noah was not steering but God was clearly in control.

The only people saved were Noah and his wife, their three sons and their wives. It’s telling that not even the carpenters who helped Noah build the ark felt convicted to join him.

The rain poured for forty days and forty nights. The ark floated on the water keeping Noah, his family and all the animals safe. Luckily, there was plenty to keep the family busy with an ark full of animals. God had told Noah how much food to store for the animals and so the job of feeding their floating zoo began.

The water rose and covered the earth for one hundred and fifty days. Then the ark came to rest on Mount Ararat. On the first day of the tenth month since the rain had begun, Noah and his family were able to see the tops of mountains. Forty days after that, Noah began to send out birds to discover if there was any dry land. Firstly, he sent a raven but had no luck. He did the same with a dove who also found nothing. Noah then waited seven days before sending the dove out again. This time it came back with a fresh olive leaf. Their long wait was coming to an end!

All in all, Noah and his family had been on the ark for one entire year. It was time to leave the safety of the ark and start afresh in a new world.

Noah and his family had survived literal global destruction. God was starting the world over again with a small group of people who were faithful to Him.

As a sign He would no longer destroy the earth with a flood, God put a rainbow in the sky. From that day onward, the rainbow would symbolize God’s promise. It was the sign of a covenant between God and humanity.

Life wasn't perfect after the flood. In one very unfortunate post-flood incident Ham, one of Noah's sons, discovered his father Noah asleep and naked.

In a show of great disrespect in the cultural context of the time, Ham not only observed his father's nakedness but also told his brothers about it. In response, Shem and Japheth entered their father's tent backwards to avoid seeing him naked and then covered him up.

When Noah awoke, he cursed Ham's descendants by cursing Ham's son, Canaan, and his descendants. Then he blessed Shem and Japheth. This biblical hero died at the ripe old age of nine hundred and fifty. He had literally helped to save the human race.

Find out more about Noah by reading Genesis 6-9 in the Bible.
Links 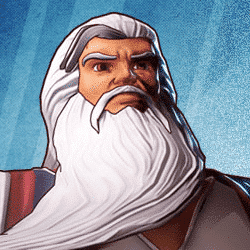 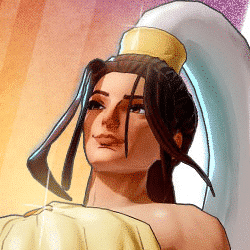 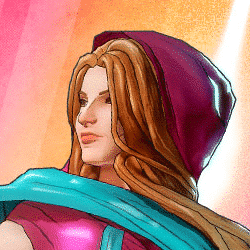 Moses led his people into a desert and Noah must have looked just as crazy when he built an ark on dry land. But where God led, both followed.

Esther saved her people and Noah saved his family by courageously obeying God.

Both Ruth and Noah could have come up with plenty of excuses not to do the right thing. God rewarded their faithfulness, saving them and their loved ones.